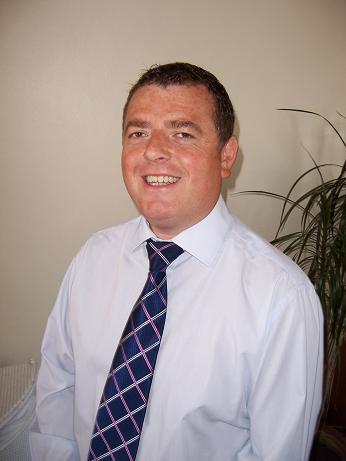 I always had a passion for buying and selling, in my early years, the school playground was my trading area. During my school holidays, I worked for a couple of small local businesses as a warehouse / delivery boy. After leaving school at 16 I studied Business at Hounslow Borough College in West London. I got my first job soon after finishing college at BES Gas Controls as a Warehouse Manager. Within a year the owners promoted me to Sales Manager where I worked in the sales office for 6 years, including 1 year in Birmingham to sell gas and plumbing fittings to the plumbing and heating industry. On my 21st birthday, I was awarded with my first company car, a brand new Ford Escort! Since then I have gained have over 30+ years experience selling plumbing and gas hose and fittings to OEM’s, distributors and contractors. After BES I was approached by Mecserflex and became their Sales Manager selling flexible hoses and spares to the catering industry, I worked here for 6 years. I joined Hydraquip after leaving Qualflex, a sister company of Hydralectric Appliance Controls, later known as Hydralectric. In 2008 where I had worked for 13 years as an Internal and External Sales Manager for hydralectric. After approaching Hydraquip I became an Account Manager for the Braided & Metal Hose Division identifying and growing my client base. I have extensive product knowledge in braided tap flexibles, fancoil hoses, building services hoses, water inlet assemblies, industrial & commercial gas connectors and plumbing, heating and catering equipment.

I was born and bred in Ealing and am currently living and based in Uxbridge, West London. I am a season ticket holder at Brentford FC who have just been promoted so I am looking forward to watching the championship football next season! I enjoy riding my mountain bike, walking, cooking, gardening and watching live football. I love to spend time with my lovely family, I very proud of my two boys Tom, 16 and James, 18, and my younger daughter Emma, 12. I am a great cook, my speciality is fish dishes, and always the first to start up the BBQ! I enjoy going to the cinema with my son who works in the film industry, spotting his work in films such as Maleficent, Jack and the Giant Slayer and Dark Shadows. I like cars, my dream car would be to own a Jaguar XJ8. Me and my wife Sally have been together for 30 years and married for 20 years. I have a Staffie-cross dog called Marley and a killer cat called Poppy. I also used to have an adopted pet Piranha called Billy! In my free time I also enjoy spending time at our chalet in a small town called Selsey, Chichester on the south coast, although this usually involves keeping it intact rather than relaxing as it is close to the sea! One of my favourite things to do is walking along the beach at West Witterings and I never forget to take my smile wherever I go!!