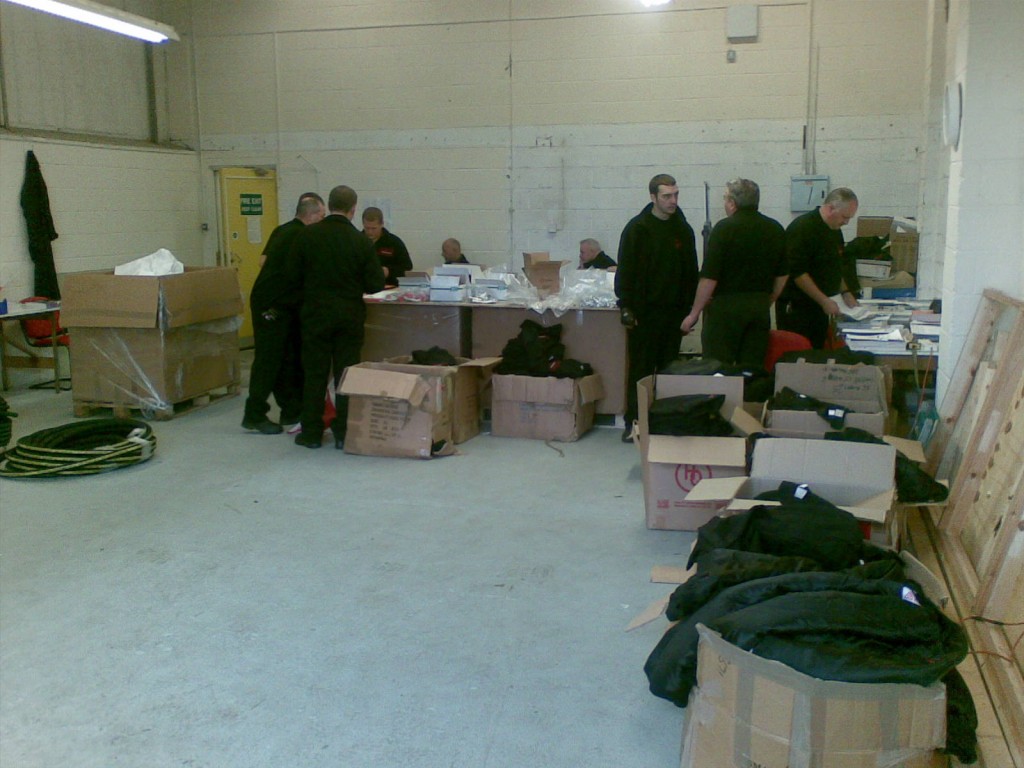 Life is not a dress rehearsal so when opportunities come along, I always believe in grabbing them with both hands. It’s generally a good philosophy but can get you into trouble sometimes. At the age of 8 I broke my arm while trying to tightrope walk on a clothes line. More often that not this approach to life has served me well.

It was exactly 6 years ago today that I spoke to Duncan for the first time.

I, along with many others, had found myself out of work following the demise of Hiflex Fluidpower. BMI Hose had bought the assets of the old business and I couldn’t see a good future for myself with them.

It was a worrying time. I’m still not sure why to this day but during the night I was lying awake wondering what to do when the thought, “Hydraquip are an ambitious company, I wonder if they would be interested in setting up a branch in Newcastle” came into my head. That was it. I couldn’t go back to sleep. I got up at about 3:30am and emailed Duncan.

My phone rang just after 8am. It was Duncan. We spent about 90 minutes on the phone talking about the situation. He flew up on Saturday morning and we spent most of the day in a room at Newcastle Airport working out a plan as to how we could start up a branch from scratch.

On Monday we set about recruiting 16 staff in the North East & Cumbria areas. There was a lot of toing & froing over the next couple of days but by the Wednesday we were operational. The local council helped us to get off the ground. We moved into a small start up unit less than 200m from the old Hiflex depot and with the help of key suppliers such as IMM, Flowtech and Gates we had stock and machinery delivered.

These were challenging times for everyone but we pulled through, due in no small measure to the teamwork of the guys at Blaydon with loads of support from the other Hydraquip branches. By Christmas BMI had packed up & moved out of the old Hiflex depot. Hydraquip moved in.

Since that time my role has developed taking on a wider responsibility overseeing operations in the North and Midlands for Hydraquip (Universal Hose). Coincidentally a year ago today, we concluded the purchase of the assets of the Linden Group and started Linden Hose & Adaptors Ltd. There were many similarities in this to the experience at Blaydon. Once again, the team at Linden showed great strength of character and held things together ensuring that the new company got off to a good start.

I was born & brought up in Belfast. I left Northern Ireland in 1983 to go to University in Glasgow to do a Mechanical Engineering degree. After graduating I moved to Birmingham where I worked for Lucas Aerospace as a Production Engineer. After a couple of years I moved to Manchester to work for ICL Computers in a similar role. It was at ICL that I first got involved in sales. In addition to building computers, ICL sold software to a variety of customers. When selling software to manufacturing customers, I used to work with the sales team, liaising with customers to make sure we fully understood their manufacturing processes. I really enjoyed dealing with customers and the buzz of helping to close a sale.

In 1993 I got married to Jane and moved up to the North East where we still live. When I moved up here I took on a job as Maintenance Manager for Sanofi, a French pharmaceutical company who had a large factory in Newcastle. It was a great job but I always harboured the ambition to get back into sales. The question was, how could I do it? My opportunity came in 1999 when I took on a role with ROXBY selling outsourced maintenance services to pharmaceutical and chemical companies. I learned a lot in this role working with large companies throughout the UK.

I joined Dunlop Hiflex in 2002 as Northern Regional Manager , managing 7 branches.  My role progressed and in 2004 I was appointed as UK Sales Manager for the company. This role included responsibility for the sales of Dunlop Industrial Hose both in the UK & internationally.

We have two daughters, Grace (18) and Niamh (12). Grace has just passed her A Levels and will be off to University in Leeds next month. My downtime revolves mainly around Jane & the girls. I love live entertainment whether it’s music, sport or theatre. A few years ago, I started cycling quite a bit. There is no risk of me being headhunted by Team Sky but I enjoy it a lot. I am an early riser and love nothing better than getting on my bike early on a weekend summers morning and clocking up a few miles in the quiet part of the day before the world wakes up.

I come from a family of 7 children, now living in various parts of the UK & Ireland. We are very close & thanks to Skype (possibly the greatest invention of the 21st century so far) I’m in contact with one of them most days. It’s difficult sometimes but we all try to meet up together for a weekend every 12-18 months. Our next get together will be in Amsterdam at the end of September. I can’t wait.