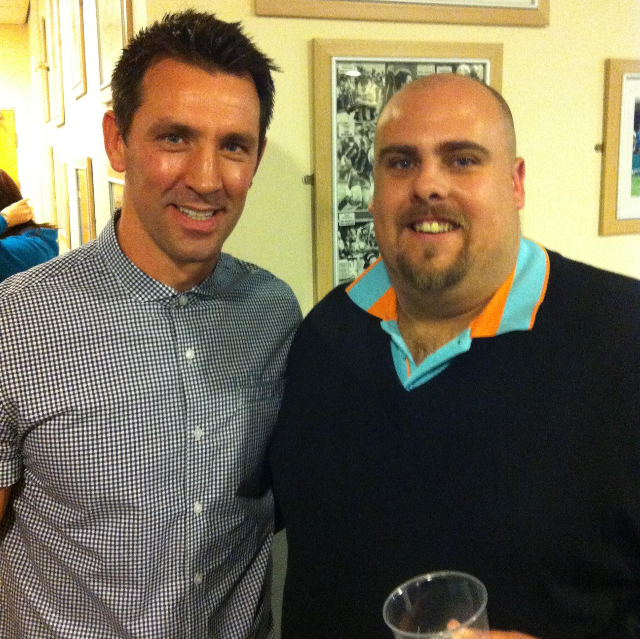 However after finishing school I landed a job at my Uncles sales and energy management systems company, conducting field based sales and setting up appointments with directors. I soon realised that I couldn’t see myself doing this day in and day out. So in 2005 when my Dad’s friend who at the time was the Branch Manager of a hydraulic company called Hiflex in Manchester informed me of a Hydraulic Service Engineer vacancy and asked if I would be interested, I jumped to the chance. I received all the necessary training and before I knew it, I was given a fully equipped van and put out on the roads attending on site hydraulic call outs.

Three months after BMI Hose purchased Hiflex in 2008 I was made redundant, though luckily a customer of mine GTM Hydraulics offered me a job and I accepted. This role was far more varied than my previous roles, carrying out plant, car and hydraulic repairs. Three weeks after being made redundant from GTM hydraulics I search for jobs led me to Pirtek UK. I joined Pirtek UK Oldham, the Branch Manager at the time was Gordon Norbury. Gordon now works for Hydraquip Hose & Hydraulics, Bolton. So it is a complete circle and a bit of déjà vu.

A year later my request for a transfer to Pirtek UK Warrington was accepted, this base proved much more convenient for me with the hydraulic trade counter being only five minutes away from my house. At Pirtek UK I met another hydraulic service engineer and a good friend of mine, Tom Barrow. Tom Barrow who recently joined Hydraquip contacted me to inform me of a hydraulic service engineer vacancy in Bolton. I met Fintan Ennis the Regional Director who offered better prospects and I joined Hydraquip Bolton.

Since joining the industry I have gained a vast level of knowledge and confidence in hydraulics, attending hydraulic hose repairs, hydraulic machinery breakdowns, ram and cylinder repairs.

In my spare time I enjoy playing and watching rugby, I support Warrington Wolves. My claim to fame is when I played rugby with Sean Edwards who was once the captain of Great Britain Rugby and who is currently the Rugby Union Coach. I’ve also met Paul Sculthorpe ex England and Great Britain Rugby League International, who I’m pictured with, I’m the handsome one on the right. I really enjoy spending time with my family, my wife Jane and two children Grace who is five and JJ who is now eighteen months. I have a passion for playing golf but I must admit I am still only just an amateur, as well as watching football, I’ve even gone to see Leeds United play a handful of times