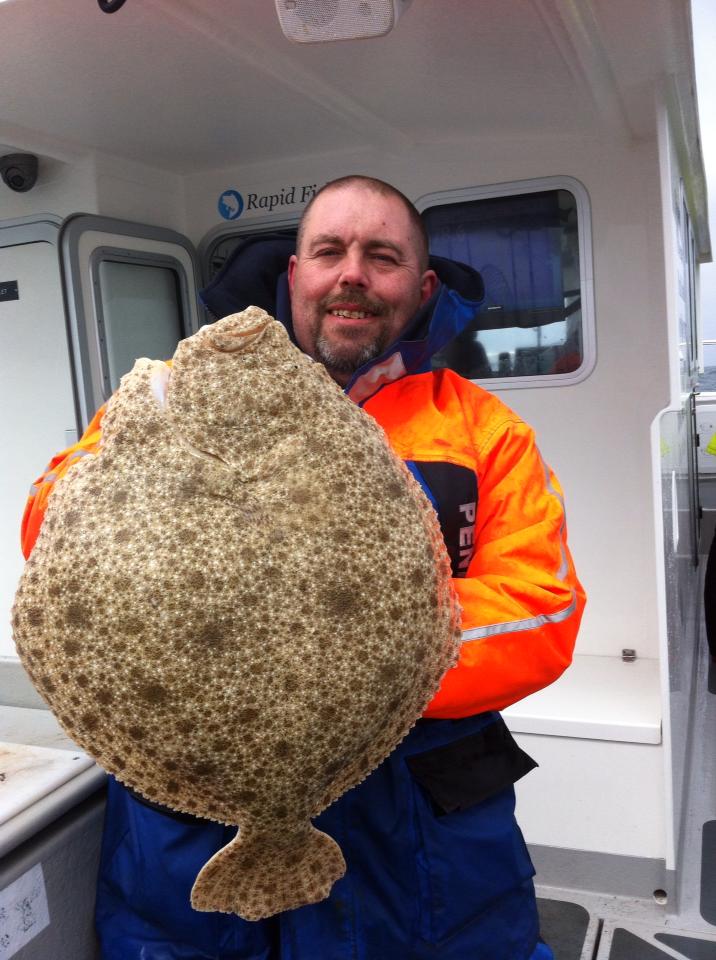 I joined Dunlop Hiflex as a mobile hose engineer in 1998 over at Sittingbourne after being made redundant as a plant fitter. Living in Crawley, it was quite a trek but still better than being unemployed. Dunlop Hiflex had agreed that I would operate in the Crawley region as well as attending emergency jobs within the South of the UK. This was definitely different from my previous role as a plant fitter and to be honest a bit mind bogging when I first started, though I always put it down to an individuals attitude. If you have the attitude and determination to make it work and learn, you will go far. Whilst developing on my existing skills, I learnt many new ones to enable me to confidently attend sites to repair hydraulic faults to the highest standards.

I would consider hydraulics to be one of the most dangerous jobs in the world especially having to deal with high pressures, gases and working in challenging conditions, though the health and safety is always second to none as it really has to be. There was one job in particular which I still remember due to the conditions. Whilst at Dunlop Hiflex I attended a call out to repair a fork lift which had become stuck in a chiller unit as the steering had completely gone. I carried out the repair working at minus thirty eight degrees – it was like working in Antarctica!!! I’m glad there’s no photographic evidence of this job as I carried out the repair wearing bearskin clothing that was supplied on site, my colleagues would never have let me live that down!

My presence developing the Crawley region for Dunlop Hiflex had been noticed by one of our competitors…Pirtek. Franchisee Steve Constable of Pirtek Crawley approached me to join his team as a hydraulic hose engineer. To be honest I had my reservations but what sold it to me was the fact that I would be operating from just the Crawley region which worked out better for me as it was closer to my home. I began at Pirtek Crawley in 2000, this is where I met my best friend Barry Wenban who joined Hydraquip some time ago, I even did his wedding photography! I also know Hydraquip’s engineer Andy Carr, when Andy joined Pirtek Crawley I assisted in his three weeks worth of training and also have worked with Lenny Sams who is Hydraquip Crawley’s main man for trade counter sales. In my opinion there was one main downfall which was that we weren’t encouraged to work as a team, it wasn’t liked if the engineers had spent time together socialising, even when it was out of working hours. It got a bit too much at times.

After meeting my wife Gemma and moving to Poole, my transfer for Pirtek Poole was accepted and with that having served Pirtek Crawley for ten years I left them on New Years Eve. As the only position available, I joined the team at Poole in 2010 as a Sales Manager. Based on the roads I was responsible for building and developing my customer base which I did really well at and hit target each and every month. The only real difference between a Sales Manager and an On Site Engineer is that it meant that I wouldn’t have to get my hands dirty as much and that I had more flexibility in negotiating prices with customers. Though having served Pirtek Poole for two and a half years, Pirtek Poole hit financial difficulties and with that I was laid off.

Whilst looking for a permanent position, I spent a month working on super yachts for a company called Sunseeker in Poole where I installed huge diesel engines. Sunseeker were one of Hyhose’s largest customers, so when one of their engineers were called to site, I was spotted and approached and before I knew it, I was working for Hyphose Poole covering the Poole and Southampton area as a mobile hose engineer. In July 2014 I temporarily came off the roads and joined the trade counter team, which I did enjoy. I enjoyed my time at Hyphose as they operated as a team and in my opinion were far more laid back than my previous employers. However in late 2014 when I was approached by Hydraquip, I left Hyphose to pursue a more positive direction with a company who are willing to invest back into the company. I do like Hydraquip’s clear vision of wanting to blanket the UK with its on site hydraulic hose service, open up further branches to support its engineers and treat each employee as an individual to strengthen their own abilities. Having known and heard of Hydraquip previously, I would say for the past four or five years I have only heard positive comments. I do believe with this good reputation Hydraquip will draw the best engineers from the industry towards them.

I’ve just officially started with Hydraquip. Already I have met quite a number of staff, the team at Hydraquip Crawley, Strood and Rochester, they all came across as very positive and knowledgeable in their own areas. I’ve had my induction, health and safety training and given a starter pack which contains marketing goodies and van essentials – it’s all very organised. I was very pleased when I saw the inside of my Hydraquip van, it was bright inside – there was lighting!!!! The fact that I will be able to stand up in the van to make up hydraulic hose assemblies is great. The drawer system and workbenches are definitely a hit with me – they are amazing. They can hold far more stock than the racking system which will allow me to carry out more jobs before having to replace my stock. I quite like the fact that we can tailor our stock to our customer’s needs, which will cut down on both time and cost as there will be less visits to the depot and we will be able to attend site immediately.

Okay me as a person, well I now live in Poole having moved from Crawley. My wife and I live with our two rescue dogs, one’s a Labrador and the other one is a Lancashire Heeler. We live right next to  Poole harbour, one road away in-fact from the beach and almost next door to the SBS (Special Boat Service). My dad and I own a old 24ft Wilson Flyer boat called Valton which is named after both my parents Val and Tony. It is fitted with an ex SBS assault craft engine with 180 horse power turbo. Believe it or not but the engine actually has a bullet hole through it from when it was being used by the SAS in Somalia. It’s my pride and joy and labour of love. As you may have guessed from my boat, I really enjoy fishing. I’ve been fishing since the age of four and could spend all day just talking about my fishing adventures. I have never missed out on the five day Channel Island’s turbot fishing in May each year travelling on a chartered boat Rapid Fisher out of Poole. I also belong to a few angling clubs, one of them is Poole Bay Small Boat Angling Club which has over 120 boats and 200 members and is possibly the UK’s largest boat angling club. In conjunction with that we support the Charity Heroes on Water (HOW) with organised competitions held at sea with proceeds going to this charity to get the less able heroes out on the water fishing.