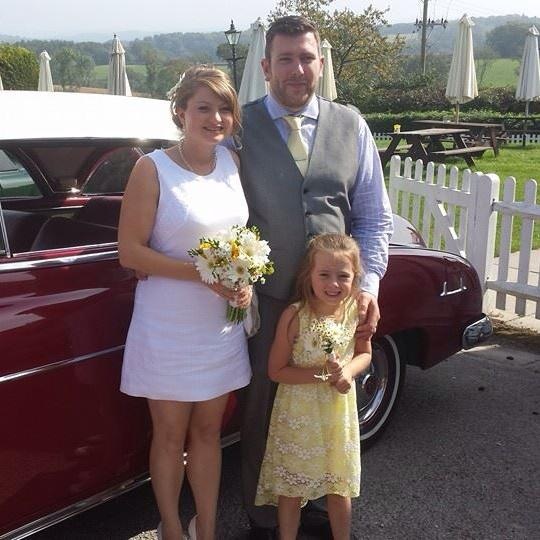 Having always been mechanical minded from a young age, I had no real idea of what I really wanted to do other than wanting to pursue a path where I could gain and develop on my mechanical skill set. This led me to approach the owners of Pirtek Crawley who I had previously known of. At the time they had a position for a trade counter role which after the interview I accepted.

I spent approximately 6 months or so in the trade counter learning about applications and solutions, fluid transfer components, hose assemblies – making these to pattern in the trade counter. I dealt with out of the ordinary enquiries for which I provided solutions for, the ones you would think never think existed. Following a couple of months learning the trade I felt I had far more to offer so after speaking with the on site engineers at Pirtek Crawley, I knew the idea of becoming an on site technician would suit my ambition of developing my mechanical skill set far better.

When Barry Wenban, an onsite engineer who now also works for Hydraquip, left Pirtek Crawley a vacancy became available. Having been self taught on the engineering side it gave me the advantage and potential of filling the role, I encountered my own fair share of carrying out modifications on cars which had gained me the engineering know how. I spent a week and a half at Pirtek’s training academy in Birmingham, the training was intense but thorough. I spent the next 9 years or so with Pirtek Crawley as an onsite engineer carrying out on site repairing hydraulic repairs.

I’ve always been confident with myself and the ability of my work which showed through to my customers. Winner Plant of Worthing were one of my top customers, the rapport with them was built over the years with my ability to carry out jobs to the highest standards and calling in when passing through in my spare time. I could confidently walk into my customers and make a cup of tea whilst accessing any troubleshooting problems with the customer’s machinery.

After 9 years at Pirtek I took the decision of becoming self employed when the job had become quite stressful, I felt the Crawley engineers weren’t encouraged to work as part of a team, something which is very important to me. I didn’t feel part of a team and with that I left Pirtek Crawley. Having carried out quite a few impressive painting and decorating jobs for my family, I was encouraged to do this self employed which I did. I actually really enjoyed working for myself, the element of meeting new customers, identifying their requirements and ensuring they received the best of the best service. I did really well from this although as painting and decorating is very much seasonal, from Autumn the demand had died down. I knew I had to find a job which I enjoyed that provided a steady cash flow to provide for my family as it has been quite an active year for me. I recently married my lovely wife in September, moved into our new house and are expecting a baby on January 10th. Having had enjoyed the role as an on site hose engineer, I didn’t have to look too far to find and approach Hydraquip to see if there were any vacancies – which there were.

There’s only one regret with Hydraquip, I kick myself for not making the move to Hydraquip Crawley any sooner. I wasn’t too sure what to expect, but have been pleasantly pleased from day one with their welcoming approach, encouraging and trustworthy attitude. I was actually encouraged to meet up with Hydraquip’s Crawley engineers, spend some time getting to know them, discuss jobs and expertise with them which was a right laugh. What made it a little easier was the fact that I knew Tom Healey, Barry Wenban, and Lenny Sams from Pirtek Crawley who all now work for Hydraquip Crawley. I operate from a larger team at Hydraquip, I’ve already done my training, met staff from other Hydraquip branches, discovered they have many other arms to the company, met the staff at the Braided Hose Division and discovered they manufacture stainless steel hose assembles in their Bolton factory.

Immediately my starter pack was prepared with merchandise, literature and a set of business cards with my own work number printed on them to give out to customers. Having been given the trust of my customers being able to contact me directly on my work phone, or through the office or the 0845 812 0212 number shows the depth of trust they have invested in me and in return I will provide an outstanding service to all my customers. Giving customers the personal experience rates highly amongst them as they feel like they are getting their own one to one service straight away instead of going through a long winded process of talking to various different people. Hydraquip’s whole approach is completely different, it’s not just about the company, it’s also about me – they take a keen interest in me.

I’ve been given a new Hydraquip Mercedes van which is fully kitted out with a workbench and drawer system. I was so pleased to see there wasn’t the use of the racking system, with ample space to work within the van. In my previous employment they had medium top transit vans with a tailgate door, there was no space to work inside which you can comprehend wasn’t too great in strong winds or heavy rain.

Another bonus with Hydraquip is that I can customise my own stock woooo whooo…! Trust me you would be excited too if for many years you had been driving a van that carried the exact identical stock to all the other vans with no options for adding additional stock even for regular customers jobs. This created a difficult time consuming scenario as instead of the first point of call being to attend the call out, it was actually paying a visit to the local depot to pick up stock to carry out the job. Nevertheless, I still made sure the job was completed as fast as I could. Also another perk is that the Hydraquip vans hold far more stock which in time will allow me to carry out more jobs on site there and then.

Me on a personal level, I am a big motor racing fan having been to Snetterton and Brands Hatch, I love watching the British touring cars, superbikes, truck racing… I could go on and on, though I’m not too keen on the F1. I’m actually the odd ball of my family as I’m the only one that enjoys motor racing – they don’t know what they’re missing out on! I’ve modified many cars in my time, I added a rambunctious exhaust to one which probably made people walking by jump. I now enjoy a bit of fishing, playing golf and visiting the pub as you do!