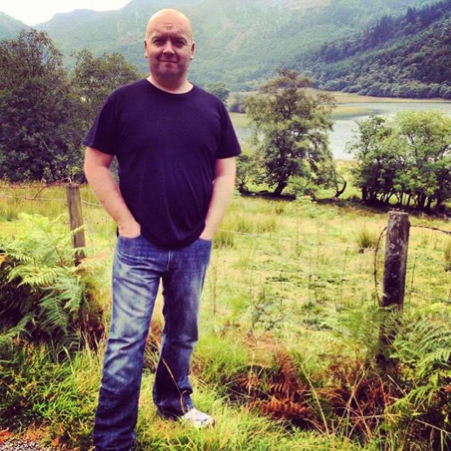 I then fell into a delivery driver role for Blackwell Hydraulics at their Llandudno depot in North Wales. If I remember correctly, Geoff Kelley at Hydraquip’s Braided Division was my boss. Actually i’m certain of it, I probably have a few photographs laying around to prove it was him. Starting off at eighteen as a delivery driver, was a good introduction to the hydraulics industry.

Twelve months later Blackwell Hydraulics promoted me to an External Sales Rep. They could see how well I got on with customers, naturally talkative and presentable. I loved my new position, I really enjoyed going out to see people and with this I developed new skills. It grew my confidence as a person. The people that I had built rapports with then, a good portion of them are still my customers today. After working for seven years at Blackwell Hydraulics I decided to leave and work for a fluid power company also in Llandudno, BML. At the time I felt I needed to move on to develop and grow my knowledge in the industry. I started off as an External Sales Rep, being out on the roads I was able to grow my customer base and with this sales for the company. Soon after I fell into an acting Branch Manager role and then went on to becoming the branch manager of BML Llandudno for the two years to follow. This is when the thought first occurred to me of opening up my own hydraulics branch. I had gained a lot of industry knowledge, had lots of ideas and the financial stability to do it now or always be left wondering.

After spending five years at BML, I made the decision to leave to start up on my own, I did really have to push myself to do it and I did. I put the plans together on the friday and seven days later I opened RES. RES was a trade counter in Llandudno offering fluid power, bearing and power transmission products. I had picked up quite a lot of knowledge from BML’s power transition and bearings division. I employed two staff to work over the counter and Mark Thomas who I had known from Blackwell Hydraulics days and who is now working as branch manager of Hydraquip Llandudno Junction became my business partner. With the start of the recession impacting several of our big customers, RES was forced to close. I have taken away many positives from my experience, along with a better understanding of business’s finances and operational procedures.

In January 2004 I retuned to work for BML Llandudno as an External Sales Rep. I was glad to be back out on the roads talking to customers. The job was a lot less stressful than operating your own business. One memorable sale I sealed was of the value of a quarter of million pounds. The customer was Clear Channel who are known as the UK’s largest leading outdoors advertising company. The project involved supplying a combination of industrial and hydraulics products for their vehicles. That was a good day. The project went on for two years which really helped BML through the early days of the recession. After working seven years at BML I began working for Hydroscand Llandudno.

Hydroscand had purchased Blackwell Hydraulics. It seemed like a good choice to move across to work for an international company. I must admit it was challenging at times as Hydroscand’s core business was OEM’s and Blackwell’s was end user based. I worked from six of the Hydroscand branches in the North West and North Wales regions. I did spend a fair amount of time at Hydroscand Wrexham when Hydraquip opened up in a unit next door. It was quite obvious Hydraquip had come in with an aggressive approach. I did approach Fintan at the time for any opportunities with Hydraquip. However as Hydraquip had already secured an experienced team, the timing wasn’t quite right. The conversation was left open on a positive note. Earlier this year when Hydroscand started to reduce stock levels at branches, myself and the team at Hydroscand Llandudno met up in March to discuss approaching Hydraquip with a package offer. The package being all four members of the Llandudno team including myself, Louis, Lee and Mark. We are very close as a team, we decided if one wanted to opt out then we would all opt out. We set up several meetings amongst ourselves before we agreed to approach Hydraquip. I approached Fintan, soon after Duncan called to arrange a meeting to discuss the opportunities over dinner. The meeting was successful which followed with myself, Duncan and Fintan going out looking at properties to secure a unit.

Being able to go out with the directors to choose a building, for them to listen to and discuss my ideas which then go onto influencing the businesses decisions, made me feel part of a part. In my previous employment’s I have always had seven odd people between myself and the owner, but with Hydraquip I am in direct communication with Duncan.

It was a great experience and pleasure to be invited down South to visit some of the Hydraquip branches. I did gain a better understanding of the operational procedures. Its actually been a real eye opener, the company is so professional and focussed. From the depot’s I have been to, every depot is different in the sense they have their own areas of expertise as well as offering all the  full products and services of the group. I visited Adisham, Crawley, Strood and Rochester. The staff have been great, everyone has their own role to play and they just get on with it. The staff are easy going and theres a lot of interaction amongst the staff at different branches.

I am really into Rugby, I follow the Wales Rugby team. I have seen them play several times at Cardiff and the Millennium Stadium. I enjoy watching programmes and taking part in surveys on super natural activities. I have two children, a sixteen year old son Cai and a fourteen year old daughter Caitlyn.