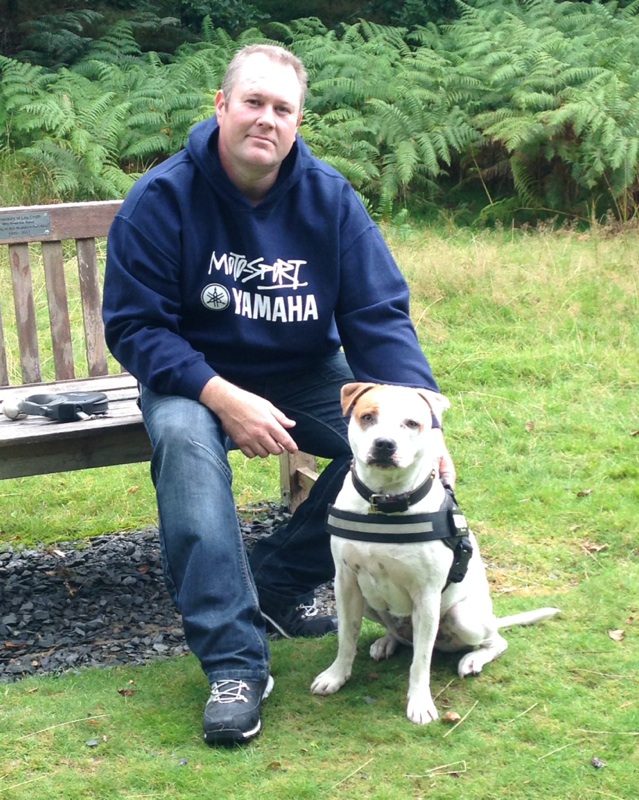 I had always wanted to be an auto electrician as it was something I was interested in and I thought it would be a good career to go into. So when I left school I completed a 3 year Youth Training Scheme in the parts department at a Vauxhall dealership in Ludlow having been advised that this would lead to an auto electrician role. I completed level 1 & 2 warehouse management courses in a year, designed to take three years to complete, so was asked what I wanted to do for the following two years. I decided to remain working at Vauxhall and achieved level 1 & 2 qualifications in vehicle mechanics. Unfortunately at the end of my Youth Training Scheme there were no vacancies available so I transferred to a Vauxhall dealership in Kidderminster. I worked here for 3 years and my role involved working on vehicle mechanics and electrics which I really enjoyed.

However, in 2001 I was approached by a friend’s Dad who owned an engine repairs company, Halesowen Engines. He offered me a job with better prospects so I accepted and began working on machinery doing lathe work, precision engineering, engine rebuilding and engine remanufacturing. I also worked on site once or twice a week which was my introduction into this line of work. I really enjoyed being out and about, meeting new people and seeing new places, the only problem was that I wasn’t able to do it enough, I was wanting to do this type of work every day so in 2007 I decided to leave. I had seen an advert in the local newspaper for a job as a hydraulic engineer based at Pirtek Kidderminster and applied. I went for the interview but unfortunately was not offered the job, however just three weeks later I received a phone call from the Pirtek Kidderminster branch to say that there was now a position available for me. I happily accepted and was very excited to be working on the roads permanently. I really enjoyed working within the hydraulic field, my engineering work was mainly based in Mid Wales so it involved lots of repairs on quarry machinery in remote, rural areas which I liked. I worked on the roads as an engineer for three years with Pirtek Kidderminster before the branch had a change of ownership which saw me progress to Centre Manager. I was responsible for the complete running of the depot including assigning jobs to the engineers on site. After working as the Centre Manager for two years I decided that I wanted a change so began working as the Centre Manager for BMI Hose in Wolverhampton. My role here was similar to Pirtek Kidderminster, it involved the day to day running of the company, setting sales targets and organising jobs for the engineers. However, in February 2013 BMI Hose ceased trading and continued trading as part of the Hydraquip Group with the help of Managing Director Duncan MacBain. Based in the West Midlands area I was now back to working as an engineer on site which I really enjoyed and was pleased I was kept on. My job as a hydraulic engineer involved repairing a variety of hydraulic equipment and machinery. It proved to me that Hydraquip are a really good company to work for and I liked being back on the roads, being given the freedom to meet new people and broaden my customer base.

Having always worked in the Midlands area whilst at Hydraquip and having built good rapports with my customers in this area, when Duncan and Regional Director Fintan Ennis decided to open a new branch in the Midlands area to strengthen their coverage in the centre of England they began looking for the right team of people to be based at the branch. This is when I was approached by Duncan and Fintan, having had previous experience of running a hydraulic branch and gained a very good understanding of what is involved, they asked me if I would be interested in progressing my role to Branch Manager of Hydraquip Hose & Hydraulics Cannock. I happily accepted and will be working alongside Sales Manager Pete Russell and Hydraulic Service Engineers Stuart Carter and Steven Nock to increase the awareness of the branch and our customer base. I’m excited to grow the branch and as the Midlands is such a large area, I believe there is lots of potential  for Hydraquip Cannock to make their presence known, especially with the number of engineers working from the branch and in turn strengthening the National 24/7 On Site Hose Repair Service.

I have two children, a son who is 12 years old and a daughter who is 16 and I like to spend time with them at the weekends. In my spare time I also like to ride my motorbike, I have a Yamaha R1 and am loving riding it to work now that I am based at a depot. I am not really a sporty person but I do love watching the Moto GP on TV a lot and also like walking my dogs in the local area. I have an 18 month old Staffordshire Bull Terrier and a 12 month old American Bulldog.