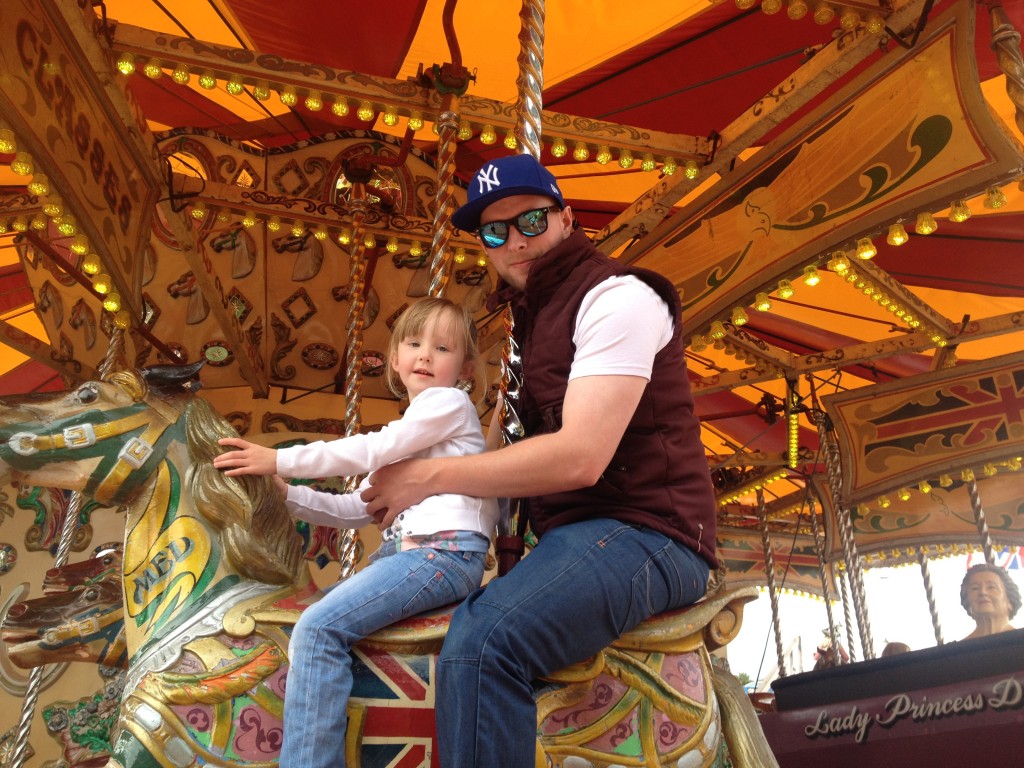 I had always loved playing football at school but when thinking about a career I knew I wanted to go into engineering. A family friend was working in this industry and recommended me to the Manager at Pressureflex. I began working there in 2002 on the production line manufacturing a variety of hydraulic hose assemblies which were later fitted onto diggers, cranes and excavators. I enjoyed the job and it helped me to decide I definitely wanted to work within the hydraulics industry. However, I wanted to be out and about seeing and doing different things every day so after 4 years I decided to leave and began working at Service Hydraulics as an engineer. I increased my knowledge and understanding of hydraulics working on the job with each new job bringing new challenges which I overcame and used to help with the next job.

After working at Service Hydraulics for one year I was approached by Linde Creighton Ltd who were looking to set up a trade counter and a mobile hose repair service. I already knew them from my time working at Service Hydraulics as I often repaired their forktrucks so accepted their offer and was fully involved in the set up of the branch. Some of my responsibilities were stocking and pricing products in the trade counter, recruiting hydraulic engineers and stocking their vans for on site jobs. Once the company was set up, I then worked as the engineer for Linde Creighton Ltd repairing hydraulic machinery and equipment in the surrounding area, I did this for 7 years which really helped me to gain extensive hydraulics knowledge and experience within the industry, and also increased our customer base. I began to feel like I needed a new challenge though and didn’t feel there was progression within my current role or growth within the company so after working at Linde Creighton Ltd for 7 years I left.

I then visited my local Pirtek depot, Pirtek Wolverhampton and asked if they had any vacancies for hydraulic engineers. I chatted to the Manager there who already knew me due to working in the same industry, everyone knows everyone in this industry and therefore I was offered a job there and then. I happily accepted and worked as a mobile hose engineer for Pirtek Wolverhampton for 6 months. Whilst at Pirtek Wolverhampton there was one company name which I kept hearing of again and again and that was Hydraquip. The pace that they have grown drew me to them, I felt like I wanted to part of a fasting moving company. I had heard that as part of their expansion plans the Hydraquip Group were planning to open a new branch in the Midlands. I emailed my CV to Hydraquip’s Managing Director, Duncan MacBain and met the Regional Director Fintan Ennis shortly after. After a discussion with Fintan I was thrilled to be offered a job as a hydraulic service engineer and accepted feeling very excited to be part of an expanding, pro active company. I began working at Hydraquip as a remote engineer based in the West Midlands area and am now based at the company’s first branch based in the Midlands, Hydraquip Hose & Hydraulics Cannock. I really enjoy working at Hydraquip, the company is great and so are the people that I work with, the vans are a lot bigger than I have recently worked in and I am easily able to stock my van with whatever I need to get the job done. I will be working alongside Nathan Ward as Branch Manager, Pete Russell as Sales Manager and Stuart Carter as Hydraulic Service Engineer, we all make a great team. I actually worked with Stuart and Pete at Pirtek Wolverhampton for a short time so we already knew each other when joining Hydraquip. I’m looking forward to seeing Hydraquip Cannock grow and seeing myself move forward within the company, as a rapidly growing company there are lots of opportunities available within Hydraquip.

At the weekends I like to play airsoft with my friends, it’s a bit like paintballing but a lot less painful! We play on sites all around the country, I’ve played during the night and in underground tunnels too. I still love football and support Manchester United, I’ve seen them play lots of times especially when they’ve played in the Midlands against Aston Villa. I have 3 children, 2 girls and 1 boy who I like to take to the park at the weekends, I also take my two daughters to ballet each week. When I get some spare time I like to play pool at the pub with some friends too.